OFFISS (Optical Fiber Free Intravitreal Surgery System) was developed by Horiguchi et al. and presented in 2002. The authors used a wide angle microscope combined with a newly designed aspheric 40-diopter lens and a prismatic inverting optical system. When the surgeon needs to perform bimanual surgery, the 40-diopter lens can be swung into place between the microscope and the patient’s eye. The illumination of the microscope gives an inverted image of the fundus which may be returned to an upright position with the use of an inverting optical system. A commercial version of OFFISS became available in 2003 ; produced by Topcon Company, Tokyo, Japan.

The authors have no financial interest in the presented products.

The authors of this paper have used Topcon’s OMS-800 OFFISS Operation Microscope since April 2004.

The aim of this paper is to present the system together with our own modifications. 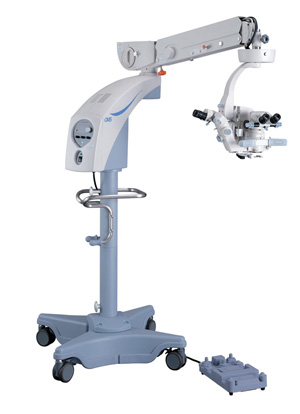 The system consists of a high quality surgical microscope (OMS 800) additionally equipped with its own illumination. This allows the surgeon to use either usual coaxial illumination or the special OFFISS illumination.

OFFISS illumination is especially designed to provide illumination of the fundus of the eye during vitrectomy without the use of any endoprobe or chandelier light.

The direction of the light is similar to binocular indirect ophthalmoscope in the upper central part of the field of view. The light may be in the form of full field or slit. Slit illumination is horizontal and may be moved through the operative field up and down without disturbing the surgeon.

The idea behind the system is similar to the idea of a binocular indirect ophthalmoscope. This means that we have two channels of viewing (one for each of the surgeon’s eyes) and one channel for illumination. All three channels have to pass inside the wide pupil during surgery. Because the idea of the system is similar to a binocular indirect ophthalmoscope the achieved image is inverted. However, the microscope is also equipped with a stereo inverter which re-inverts the image to achieve ‘real’ picture.

OFFISS itself is an attachment which hangs under the microscope as BIOM does. This attachment contains a 40-dpt lens which gives a visual field of approximately 50 degrees inside the eye which is smaller than a wide-angle viewing system but wider than that obtained with a planoconcave contact lens.

The system is additionally equipped with a prismatic lens which may be put on the OFFISS lens with the aim of increasing the visual field up to 70 degrees. Additional lenses may be used in a similar way to achieve visualization of anterior segment (for visualisation of sclerotomies). An additional attachment – the OFFISS 120 dpt lens may be used to increase the field of view.

Before using OFFISS, the microscope must be moved up and OFFISS platform opened and moved down. This upwards movement can be compensated for by a downwards movement of the ocular. This is presented in this animation:

Best quality images may be achieved in aphakic eyes as you can see in this video:

The quality of image is similar with and without endoillumination:

The system may be especially useful in combined phaco-vitrectomy surgery. In these cases it may be advisable to introduce the intraocular lens towards the end of the surgery. However if one uses slit illumination the lens can also be installed before vitrectomy. Bimanual vitreous surgery is possible without any kind of endoillumination.

The original indications for this system presented by Horiguchi et al. were membrane dissection in proliferative diabetic retinopathy, hemostasis in proliferative diabetic retinopathy and membrane peeling from the detached retina in proliferative vitreoretinopathy. The authors operated on either pseudophakic eyes or performed combined surgery with phacoemulsification or lensectomy. Another indication for use of the system may be the removal of lens material dropped into vitreous cavity during cataract surgery. Due to the fact that the system is similar to an indirect ophthalmoscope combined with a surgical microscope, we have used it for scleral buckling, which allows us to perform complete surgery under microscope. In our department we use OFFISS in cases when bimanual surgery seems to be effective, that is, in similar indications as suggested by Horiguchi et al.
Furthermore, peripheral vitrectomy at the vitreous base with surgeons own indentation is also bimanual surgery and in such indication we have found the system especially effective.

Horiguchi et al. presented that the estimated retinal irradiation is 30 mW/m2, which is lower than when a fiberoptic bundle is located 6 mm from the retina. The calculated exposure time of this light to reach the threshold of ophthalmoscopic damage was 111 minutes.
An additional element of the system is the OFFISS 120 diopter lens which is a similar attachment mounted under the microscope. This allows wide-field viewing inside the eye but with the use of endoillumination. In video you see that image quality is good even with the highest microscope magnification.

In this way OMS 800 — OFFISS is a complete surgical system for vitrectomy which may satisfy the requirements of the vitreoretinal surgeon.

We, however, have made some modifications of our own to the system. First, the original construction does not allow for the use of BIOM (Oculus, Wetzlar , Germany) combined with OFFISS during the same surgery. Before the appearance of OFFISS we were used to BIOM and we wanted to continue using it in the future. As a result, we discovered that the BIOM originally designed for Topcon’s OMS 610 microscope may be mounted simultaneously with the OFFISS to the OFFISS OMS 800. To achieve this, the original OFFISS platform must be placed a few millimetres lower which is easily achieved with an adaptor a few millimetres longer than the original. This movement has to be compensated with same thick button placed on the OFFISS platform to allow switch off of the system. 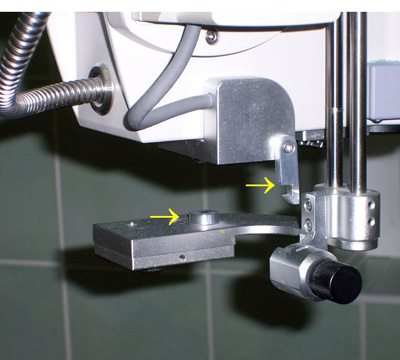 Fig. 7. Own modifications to allow simultaneous use of BIOM and OFFISS.

This means that in some situations you can use one hand for other purposes than endoillumination, for example, to perform scleral depression. The use of flat contact lens as an observation system combined with slit illumination from OFFISS is specially useful for peripheral vitrectomy:

Slit illumination from OMS 800 is located horizontally not vertically as it is in case of surgical slit lamp. This has some disadvantages. With a vertical slit the picture seen by surgeons’ left and right eyes are differently illuminated and therefore the effect of stereopsis is more noticeable when compared with horizontal slit. However with horizontal slit from OMS 800 we can move the slit through the full field of view without disturbing the view. This allows surgery to be performed in both well-illuminated areas and in half-shadow.
Observing the vitreous in half-shadow allows the surgeon to see additional details which are not visible in full field illumination. This may be of some value during peripheral vitrectomy with surgeon’s own scleral depression.

Another indication for use of OFFISS presented by Horio and Horiguchi may be the performance of intraoperative fluorescein videoangiography.

In our opinion, the use of the system has important advantages in everyday surgical practice. You can use it for complete or partial surgery. With our modifications, we can use all known systems simultaneously during the same surgery. This means that for macula surgery we can use a flat contact lens which gives us the highest magnification but lowest field of view. With this system we see most required details. However for wide-field viewing with lowest magnification we can use BIOM or OFFISS 120 diopter lens. This gives us good orientation in topography of the disease. For bimanual surgery we can use OFFISS. For peripheral vitrectomy both OFFISS and flat contact lens combined with OFFISS illumination give you the ability to see miniscule details.

As it is an illumination/observation system, it does not influence the gauge one chooses for the vitrectomy probe. It allows surgeons to change the system according to their judgment and to give the patient the best possible quality of surgery exactly appropriate to different surgical situations.

A disadvantage of the system is, in our opinion, the need to move the microscope up when you want to use OFFISS. Even if it is compensated for by moving the ocular the surgeon still has the feeling that the distance to the eye is different from what they are used to. It also takes some time to carry out. Another disadvantage is the horizontal orientation of the slit, something many of us are not used to. Furthermore we must consider the price. You cannot buy OFFISS alone you must buy a complete microscope because the special illumination is built into the microscope. However, you should remember that the system has no single-use parts and may be used for many years. In our case almost five years without any problems which offsets the disadvantage of the systems price.

Acknowledgements :
Authors express their gratitude to Topcon Company, Tokyo, Japan for allowing us to use Figure 1, 2, 4 and animation 1. 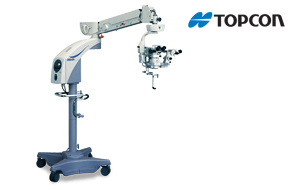